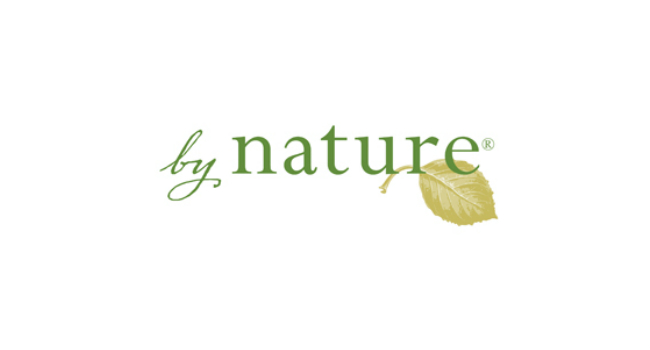 The By Nature 95% Salmon Cat Food is one of the numerous fish based formulas in the cat food market today. According to the By Nature Company, this is a grain free formula that contains up to 95% salmon content. The manufacturer claims that this formula offers your cat all the nutrition that it requires to lead a healthy life.

Does this product live up to the hype? Read the rest of our By Nature 95% Salmon cat food review on to find out.

Salmon is an excellent source of high quality proteins for cats and is extremely rich in healthy Omega 3 and Omega 6 fatty acids. Some people worry about mercury levels in fish. It’s true that all fish contains some degree of mercury, the level in salmon is much lower than other types of fish and the FDA doesn’t believe it is cause for concern. Most salmon in cat food is farmed salmon, but higher end cat food (especially those labeled “natural”) can often times be fished from natural lakes and streams. The biggest problem with fish ingredients, including salmon, is if the fish includes an antioxidant called ethoxyquin (EMQ). It is believe that ethoxyquin could be very harmful to cats and other animals. Always make sure you are using “Ethoxyquin free” cat food blends when they include fish ingredients. When in doubt, call the customer service number and ask.

Dicalcium phosphate (DCP) is a dibasic calcium phosphate formed by a reactive combination of calcium oxide and phosphoric acid. As a dietary supplement, it is commonly used as a source of calcium and phosphorus for both humans and animals. This ingredient is also frequently used as a firming agent and binder to help give the food more structure. While not an especially nutritious ingredient, the risk of adverse health effects due to cats consuming this ingredient appears to be very low.

Alfalfa is a rich mineral food that has trace minerals such as zinc, iron, and manganese. It also includes vitamin A, vitamin C, as well as other nutrients that are beneficial to cats such as chlorophyll. The reason this is listed as “sun cured” is because it has been dried naturally by the sun. For the most part, this is just a marketing gimmick.

Flaxseeds (also called linseeds) are a rich source of micronutrients, dietary fiber, manganese, vitamin B1, and the essential fatty acid alpha-linolenic acid, also known as ALA or omega-3. The seeds come from flax, one of the the oldest fiber crops in the world. It is not only a source of healthy fat, antioxidants, and fiber; modern research has found evidence to suggest that flaxseed can also help lower the risk of diabetes, cancer, and heart disease. The health risk associated with this ingredient is low and in general, flaxseed is considered to be a beneficial ingredient for cats.

Other Ingredients Of Interest In By Nature 95% Salmon Cat Food

Salt is necessary for a cats body to function properly, but too much salt can be dangerous and even deadly. Usually, salt is added to pet food in order to meet AAFCO nutritional requirements. Salt, or sodium chloride, is indeed necessary so cat food that doesn’t contain enough will have a bit of it included. Salt helps your cats cells move nutrients and waste products where they need to go, and it helps his or her tummy make the right amount of acid to digest food properly. According to the Journal of Nutrition, average-sized cats need about 21 milligrams of salt per day. Many cat foods have higher concentrations than that. The National Research Council recommends no more than 42 milligrams per day. Most of the time, salt in commercial cat food products poses no danger and does have some nutritional benefit.

This is a vitamin of the B complex, found especially in leafy green vegetables, liver, and kidney. It is vital for red blood cells and for many other cells in the body. There are no known issues concerning this ingredient adversely effecting cats.

Taurine is an essential amino acid that is critical for normal heart muscle function, vision, and reproduction in cats. Since cats are unable to create proper levels of taurine in their body naturally, it must be supplemented in their food. That’s why you’ll see this ingredient listed for so many different cat food blends. For cat foods that contain enough high quality animal based proteins, a taurine supplement may not be needed. However, most cat foods will need to add in additional taurine in the form of a supplement to the food. Even when included as a supplement instead, there is very low to almost zero health risk associated with this ingredient. In fact, a lack of taurine can cause a slew of issues, so it’s very important to make sure your cat is receiving enough taurine in his or her diet.

There are no traces of corn, soy or wheat in the ingredients list. These are the most common allergens found in most cat food formulas. This formula is also grain free, meaning it very easy to digest for most cats. While all cats are different and some may suffer from unique food allergies, this blend appears to be quite safe for most cats, even those with sensitive digestive systems or food allergies.

Apart from the above mentioned allergens, you should also avoid:

Gluten – This ingredient is associated with causing allergies in cats. It is also known to raise sugar levels in cats. Over time, this can lead to diabetes. Gluten refers to the proteins found in wheat endosperm which is a type of tissue produced in seeds that’s ground to make flour. Many pet food manufactures will use this ingredient to help boost the protein percentage of the food.

Artificial coloring and preservatives – Artificial preservatives are a group of chemical substances added to food, sprayed on the outside of food, or added to certain medications to retard spoilage, discoloration, or contamination by bacteria and other disease organisms. These additives are man-made, though some do exist in some forms in nature. They are generally considered safe despite the fact that some are known to be carcinogenic and toxic. Many side effects and illnesses are related to their consumption. What’s even more unfortunate is that we are not given full information here. The label “artificial preservatives” could include any number of man-made chemical based preservatives. While it doesn’t necessarily mean this ingredient is harmful, it could be. We just don’t know which specific preservatives are being used here. Without adequate labeling and information for cat owners, we remain skeptical.

Artificial color is added to cat food for marketing purposes only. Unfortunately, there may be some evidence linking various food coloring to cancer in cats. Since this provides absolutely no nutritional benefit to your cat and can only harm your cat, we find it rather unfortunate they included it here.

The good news is that none of these ingredients are present in the By Nature 95% Salmon cat food formula.

The reviews on this formula are mostly positive. Cat owners seem to love the fact that it is grain free and contains none of the commonly known allergy causing ingredients. The ingredients point to a nutritious and well balanced cat food. We believe By Nature 95% Salmon is an above average cat food blend.