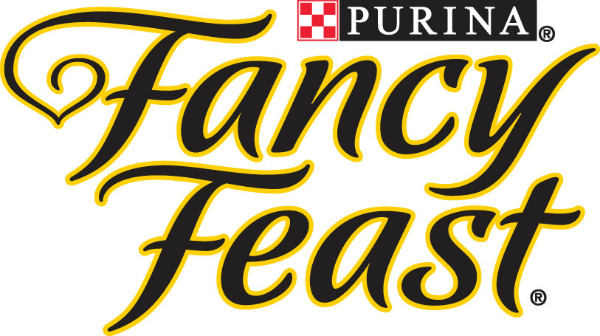 
Fancy Feast is one of the most popular cat food brands on the market today. As such, it is readily available in many grocery stores, pet food stores, and is also available online.

While some ocean fish may be naturally caught fish, generally this indicates farmed fish. When ocean fish are farmed, it includes the practice of growing finfish in huge, often over crowded cages out in open ocean waters. When fish are farmed, usually the higher quality fish goes to the human food industry while the fish unsuitable for human consumption is used in the pet food industry. There is some debate about how beneficial seafood is in a cats diet, including fish, but in general it is considered a safe ingredient with a high amount of protein and an excellent source of essential fatty acids like omega-3 and omega-6 fatty acids.

This ingredient is becoming more popular in cat food as more and more cat owners are including sea food ingredients into their cats meals. This is generally considered a quality ingredient, but it does contain quite a bit of fat. This usually isn’t a problem unless the ingredient is included in high amounts. It also isn’t considered to be a part of a cats natural diet since they rarely, if ever, eat shrimp in the wild. Nonetheless, it is an ingredient with some great nutritional value (in proper portions) and there is little evidence to suggest it could cause much harm to your cat.

Calcium phosphate is the name given to a family of minerals containing calcium ions together with orthophosphates, metaphosphates or pyrophosphates and occasionally hydrogen or hydroxide ions. It is a natural product used to supplement the major minerals, calcium and of course, phosphorus. Many people wonder if this can be a toxic substance, but fortunately, not one case of lead toxicity has ever been reported that we are aware of. In proper quantities, this can be a very beneficial ingredient. However, when ingested in too high amounts, cats could possibly form a urinary tract infection or kidney stones over time. Overall, however, this is considered a pretty safe ingredient with various nutritional benefits.

On food packaging, the term “vegetable oil” is often used in ingredients lists instead of specifying the exact plant being used. But in general, vegetable oil is simply oil that has been extracted from plants. There is some evidence to suggest a small amount of vegetable oil can be used as a remedy for hairball relief and and maybe even assist in relieving constipation symptoms. This ingredient could also aid in improving your cats coat and skin. While not especially nutritious, there is some benefit to this ingredient.

Vitamin E is a fat-soluble nutrient found in many foods and provides quite a few benefits to cats. In the body, it acts as an antioxidant, helping to protect cells against damage. It is extremely important that cats receive enough vitamin E in their diet because it effects so many areas of health, especially the immune system. When a food doesn’t naturally contain enough vitamin E, it is often supplemented in the food, such is the case in this food.

Thiamine mononitrate is a stable nitrate salt form of thiamine (vitamin B1). This ingredient us usually added as a supplement in dog and cat foods. Thiamine is a required nutrient for cats but most thiamine is lost during the cooking process and that is why you see it added as a supplement here. If you have a cat with pre-existing kidney problems, you should avoid this ingredient. Otherwise it is considered to be relatively safe and thiamine mononitrate is generally recognized as safe (GRAS) per the United States Food and Drug Administration (FDA).

Fortunately, this cat food is free from the main allergy causing ingredients. Every cat is unique in their own way and your cat may suffer from a rare food allergy, but in general, we believe the allergy risk associated with this food is quite low.

This Fancy Feast cat food blend contains some pretty high quality ingredients and doesn’t seem to pose any major allergy risks. We are pleased to see ocean fish listed as the top ingredient as this is a high quality protein source. It’s also nice that this is free of corn and grain. Shrimp is a nice addition to the food as well. Overall, we think this is a higher quality cat food and is one worth trying, even for cats with food allergies. Judging by the ingredients alone, this appears to be an above average cat food.

What do you think about this cat food? Let us know in the comment area below.