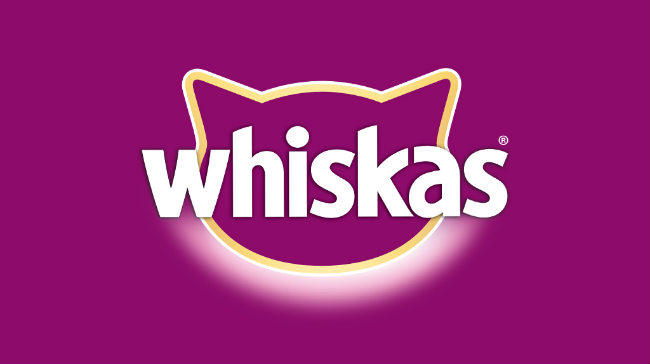 
Does your cat react badly to some formulas? There are some cats that develop digestion and health issues when they’re fed on animal based meat proteins. As a cat owner, you should know the alternative meat sources just in case your cat develops complications from feeding on some meat types. Fish protein is one of the best alternatives to beef, poultry or lamb.

The Whiskas sardine and mackerel is a formula that provides cats with fish based protein sources. According to the Whiskas manufacturer, this formula offers a great alternative for your cat. It is said to contain all the required nutrition for healthy growth. The company also says that this formula offers a natural taste to entice your feline friend.

Is this the best fish based formula for your cat? Read on to find out.

A sardine is a young pilchard or other young or small herringlike fish. Some cat owners like to avoid fish in cat food because sea food is not usually a part of a cats natural diet. All fish products also contain a certain level of mercury and some cat owners fear that over time, the ingestion of mercury could be harmful (although there is very little evidence to suggest a significant risk). Overall, this ingredient does supply some extremely nutritious properties including protein and very healthy fatty acids.

Mackerel is a common name applied to a number of different species of pelagic fish, mostly, but not exclusively, from the family Scombridae. They are found in both temperate and tropical seas, mostly living along the coast or offshore in the oceanic environment. Fish based ingredients provide an excellent source of fatty acids, proteins, and very high quality nutrients. Some cat owners are worried about the increasing level of mercury in fish, but so far the FDA says it is well within’ safe limits for both humans and pets. In addition, some pet owners worry about where the fish comes from, because a lot of fish used in pet foods is obtained from farmed fish that have not passed inspections to be used in human consumption. It could also contain fish waste products that can’t be used anywhere else. So while there is some concern about this and any other fish based ingredient in cat food, in general, it is considered a higher quality nutrient source.

Soybean oil is a vegetable oil extracted from the seeds of the soybean. It is one of the most widely consumed cooking oils. As you can see in this article, the health risks associated with humans and soy oil is questionable. We have no reason to believe it is any better for cats, especially since cats are obligate carnivores designed to process meat based ingredients. In addition, many cats are allergic to soy ingredients or may have problems digesting soy ingredients. If your cat has food allergies or a sensitive stomach, you might not want to feed this food.

Sole is a group of flatfish belonging to several fish families. There is a growing number of cat owners purchasing cat food blends containing a lot of fish ingredients and so, we are seeing more and more fish ingredients included in cat food as time goes on. Some cat owners worry about the mercury level of fish ingredients since almost all fish does contain mercury. It is still unknown what the long term exposure could do to a cats health, but most do not believe the mercury levels are high enough to pose major health risks. This ingredient provides an excellent source of meat protein as well as extremely nutritious fatty acids. As a whole, this is considered to be a safe and nutritious ingredient.

This ingredient is becoming more popular in cat food as more and more cat owners are including sea food ingredients into their cats meals. This is generally considered a quality ingredient, but it does contain quite a bit of fat. This usually isn’t a problem unless the ingredient is included in high amounts. It also isn’t considered to be a part of a cats natural diet since they rarely, if ever, eat shrimp in the wild. Nonetheless, it is an ingredient with some great nutritional value (in proper portions) and there is little evidence to suggest it could cause much harm to your cat.

Tapioca flour, also known as tapioca starch, is a starchy white flour that has a slight sweet flavor to it. Tapioca flour is an alternative to traditional wheat flours and has a variety of uses in baking. Tapioca is a source of carbohydrate obtained from the roots of the cassava plant (Manihot esculenta), which is indigenous to Latin America. It is not a cereal grain like corn or wheat which have links to food allergies in cats. The benefit to using tapioca in a pet food as the primary carbohydrate source instead of typical grains is tapioca’s biochemical simplicity. Grains are complex in the sense that they contain proteins and other phytonutrients in addition to carbohydrates. Tapioca is just starch – a combination of amylase and amlylopectin. There are no known canine or feline allergies to tapioca, so this is becoming a more common ingredient in many pet foods.

As you are probably already aware, anchovy is a type of salt water fish. Most of the time, regular canned anchovies have too much sodium to be suitable for cats. However, it does not look like the sodium content in this food is out of normal limits. This ingredient is included because it provides a great deal of protein and omega-3 and omega-6 fatty acids. There is some concern about the rising mercury levels in fish, however so far the FDA claims the levels are well within safe limits for cats and other pets. Another concern is how the fish is sourced, since fish products in pet foods are usually the waste products derived from fish farms. However, the risk of eating anchovy is low and the benefits can be quite high.

This formula contains wheat flour that could easily cause allergic reactions in cats. If you have an allergy prone cat, steer clear of this ingredient.

Ingredients to avoid in cat formulas

BHA/BHT – Both BHA & BHT are preservatives that have been banned in human foods in many countries due to cancer risks. However, they remain approved for use in pet foods. A growing number of pet owners are becoming aware of the potential dangers these ingredients bring and are shunning all foods containing BHA and BHT. A quick internet search on these preservatives will show that the backlash is gaining steam with many cat food companies abandoning these ingredients. BHA and BHT are extremely controversial ingredients in all forms of pet food.

Corn, soy and wheat – All three of these ingredients are known allergens for many cats. In addition, many cats have problems digesting these grain based ingredients. Since cats are obligate carnivores, their digestive systems are designed to digest meat and not grains. All of these ingredients will help to boost the protein percentage in cat food, but not all protein is created equally. Cats do not digest plant based proteins in the same way as meat proteins and in fact, gain little to no nutritional value from these grains. Several “grocery store brand” cat foods include these products to keep the price down as it is a cheap filler to help make your cat feel full as well as a cheap way to add protein to the food.

The Whiskas sardine and mackerel entrée (wet) formula has quite a number of controversial ingredients as mentioned above. Should you choose to feed your cat on this formula, make sure it’s not allergic to any of the ingredients.