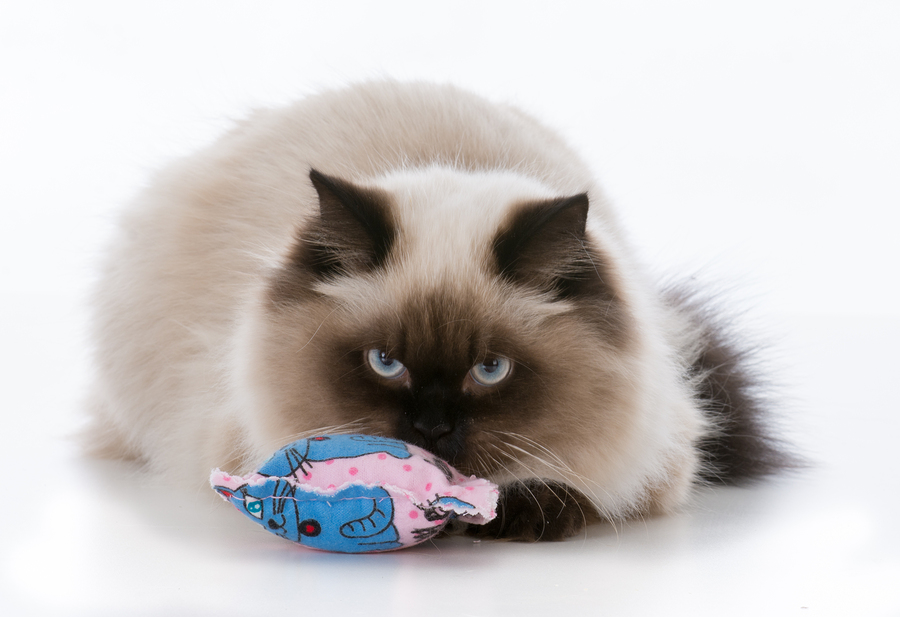 We have heard the stories time and time again. The jokes about having to much catnip and your friends that swear by using catnip for everything. Well, what is catnip and why would I want to give it to my cat? Where does it come from and why does everyone make such a big deal about it? We can answer that for you.

Catnip does come from a plant that is in the same family as mint leaves. It gives off an odor that is extremely attractive to cats, hence why we joke that something “is like catnip to that person.” First of all it has a molecular make up that essentially replicates a cat pheromone, making the smell nearly irresistible.

Catnip grows frequently in the wild but should not be used if found on the side of the road for fear of unknown pesticides. No need to worry there are tons of safe ways to get some for your cat. They now have toys, oils and foods you can safely give your cat. In large enough quantities even Lions and other large, wild cats can be attracted and affected by catnip.

What Does Catnip Do To Cats?

Interestingly enough cats are drawn to catnip because of its olfactory response but it actually has quite a euphoric effect on the cats once consumed. Cat owners frequently report a very sedative, carefree cat after they have consumed catnip. Many times they will just lay down and paw at the sky as if something is floating around them. They have been known to roll around on the ground and respond as if they are hallucinating. The general reaction is similar to any drug humans use and is particularly for enjoyment.

We view these effects as generally positive for the cat but there are some symptoms following catnip that can indicate some unwanted experiences. Many people compare catnip to cats like marijuana to humans, which can be moderately accurate. Given hallucinations it can also be compared to hat humans feel on LSD. Just like humans this can cause some anxiety, fear and other adverse reactions. Many people report drooling and moans or cries from their cat. Most people don’t see this as a problem but if a human were doing that after taking a drug we would definitely be concerned.

Basically, catnip can be used as a way to give your cat a little self reflection time or a bit of a sedative that will chill them out for awhile. It is essentially a recreational product that allows your cat to be high for awhile. Most cat owners have no qualms about enabling their cat’s drug use. Just be aware that not all cats enjoy it and not all cats have a positive experience, don’t peer pressure your cat friends into using catnip if they don’t want to (they’ll want to).

Cats have a tendency to refuse more once they have had enough and won’t overdose on it anyway. Similar to marijuana or magic mushrooms, catnip is still an herb and a natural substance. It may make them sedated and keep them from working on that novel they never finished but it won’t harm them physically. Overall, catnip is safe for your cat but if you are paranoid about what might happen you can make sure they are using in a safe place that allows them somewhere to lay down out of the way.

Another common concern is if the cat is pregnant, are there any concerns with catnip then? Although generally safe, catnip is a known uterine stimulant. This means that it could lead to contractions that could cause harm to the pregnancy. Therefore, it is safest to wait until the pregnancy is over to let the mother cat have some fun.

Quantity is another big concern, we already touched on the fact that they won’t overdose on the catnip but you still want them enjoy the time and don’t need to use up all the catnip just because they want more. With dry leaves, a couple of small pinches is enough for a domestic housecat. Most of the products you can buy will have instructions and recommendations for quantity that should be taken seriously. It’s always a fair idea to give them a little bit and then you can add more if needed.

Along with toys and adding dried leaves to their food, catnip is available to have growing in your house or garden. It is common to find fresh catnip or the plants to plant yourself at a garden nursery. Dried leaves and toys can be found at pet stores. If catnip is something you want to add to your cat’s life you can grow a fresh plant indoors and they can nibble on it as they please. Again they will most likely not abuse this privilege as they seem to know their limits.

Catnip is simply a fun way to help your cat relax and have a good time. There are few adverse side effects but your feline friend will let you know if they aren’t having a good time. Catnip won’t hurt your cat in anyway and may be worth a try.